CBD Vs. Kratom: Which Is The Best Option For You?

CBD, or cannabidiol, is a substance that’s derived from cannabis. While cannabis boasts over 100 cannabinoids, CBD is the most popular compound for medicinal use.

CBD comes from either medical marijuana plants or hemp. Hemp is another notable plant species that make up the cannabis family. Now, most of the commercially-prepared CBD comes from hemp. That’s because hemp contains insignificant levels of the mind-altering THC.

Kratom is an herb that, like CBD, is popular for its tremendous analgesic properties. Botanically known as Mitragyna speciosa, Kratom is native to Southeast Asia and has gained widespread popularity for its potency to alleviate pain.

Contrary to popular perception, Kratom contains no psychotropic properties. Like other opioid agonists, the herb relieves pain by increasing the number and activity of endorphins in the body.

This post shall walk you through the fundamental differences between Kratom and CBD so that you can choose the most suitable substance for yourself.

Differences between CBD and Kratom

Cannabidiol is the active ingredient in CBD. But being the active ingredient doesn’t necessarily imply that all CBD is purely composed of cannabidiol. Some CBD products contain significant levels of THC. In fact, scientists argue that users can optimize the medicinal benefits of CBD by choosing products that feature traces of THC. But you don’t need to fret if you’re entirely averse to the mind-altering THC, as there are CBD isolates which comprise of 100% CBD and nothing else.

Kratom contains over 25 alkaloids as well as 40 active compounds. Two of the most popular ones include mitragynine and 7-hydroxy mitragynine. Both alkaloids partially bind to the opioid receptors in the brain. Being a partial opioid agonist, Kratom doesn’t cause full opioid effects. That explains why it’s less addictive than full opioid agonists, such as heroin and morphine. Kratom also affects the levels of neuromodulators, such as serotonin, dopamine, and neurotransmitters, such as GABA.

Both Kratom and CBD pack numerous medicinal benefits. However, CBD is more effective with neuropathic pains, while Kratom relieves most of the nociceptive pains. Neuropathic pains are associated with chronic diseases, while nociceptive pains are pains that result from physical injuries to body tissue. Ordering your Kratom products from The Kratom Connection and other reputable brands is the first step towards experiencing the remarkable effects of the herb.

Some of the common conditions that marijuana doctors recommend CBD for include;

Besides the above benefits, CBD is excellent with substance withdrawal. It is also regularly prescribed for the treatment of chronic conditions, such as epilepsy, and as a recovery drug for chemotherapy patients.

The following are conditions that Kratom may help with;

Kratom and CBD have their fair share of controversy. However, CBD has a higher approval score from numerous states and countries around the world. Generally, the legality of CBD mostly depends on the concentration of THC in the product. As long as the product features 0.3% or less THC, it’s legal to acquire and safe to consume. While the FDA hasn’t approved most CBD products, the agency approved Epidiolex, which is a marijuana-based pharmaceutical drug used to treat childhood epilepsy.

Unlike CBD that’s generally legal across 50 states in the US, Kratom is still illegal in all the states. And while CBD continues to gain favor among users, Kratom seems to be far behind as of now. That’s ostensibly due to its association with opioid drugs. In fact, the U.S. Drug Enforcement Administration has been seriously considering listing Kratom as a Schedule 1 drug. The onus is now on medical researchers to prove that Kratom is safe for consumption and doesn’t cause significant levels of dependency.

The most popular way of administering Kratom is by mixing it into your favorite beverage. You can also consume Kratom through the toss-and-wash method, where you swallow a dose and wash it down with water or other liquids. Kratom is also available in capsule form, which makes its consumption easier. The swallowing method appears to be the most favored for Kratom due to its somewhat bitter taste. As with CBD, the options are limitless.

Evidently, CBD comes with more options. This flexibility also makes it easier to consume CBD in public than Kratom.

The effects of Kratom are fast, usually kicking in within 10 minutes of ingesting the substance and peaking in an hour. Kratom effects last between 4 and 5 hours, though certain strains can last up to 8 hours. The effects of CBD depends entirely on the mode of consumption. Vaping and smoking act instantly, but the effects stay for a duration of about 1-2 hours, whereas in the case of edibles, the effects take longer to kick in but stay in the body for a longer duration, sometimes up to 6 hours. Moreover, you can take more doses of CBD per day than Kratom.

Research by the World Health Organization seems to suggest that CBD poses no risks of dependency on humans. In any case, it produces reverse tolerance, where your body can optimize lower doses as you get used to the substance. On the other hand, Kratom can cause significant tolerance.

Both CBD and Kratom are excellent at relieving pain, inflammation, and a host of other conditions. The choice between these two substances comes down to your individual needs. CBD seems to enjoy more approval from users and authorities and is hence more readily available.

CBD And Kratom: How Are They Effective For Sleep?

Sleep disorder is the worst condition that disturbs daily sleep routine and health. The sleep disorder can negatively affect the overall...

5 CBD Vape Essentials you need in your travel Kit

CBD has become an essential part of people's lives. Millions of individuals worldwide are now using the once illegal drug to treat...

5 Benefits of CBD Balm for A Healthy Skin

In this age of social media and selfies, we may find ourselves under pressure to have flawless skin. However, the truth is that healthy...

How To Use CBD And Kratom For Pain Relief?

Over 1.5 billion people across the world suffer from chronic pain conditions. The medication and treatment options towards the ailment...

Cannabis is slowly losing its stigma, and many people are now adopting its use for various reasons. A major contributing factor to... 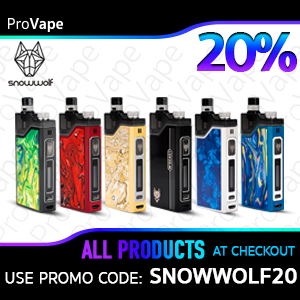