RTA stands for “Rebuildable Tank Atomizer”, which is a tank system. Augvape is a company that has been providing with one of the best-vaping gadgets. Comprising of one coil it has some pretty exclusive features. It comes in a tube style packing rather than a box. So that’s different. It has 2 810 drip tips, one blue and one black. Also comes with a 510 adaptor. Sold in Black, stainless steel, blue, and gunmetal colors.

What’s in the box? 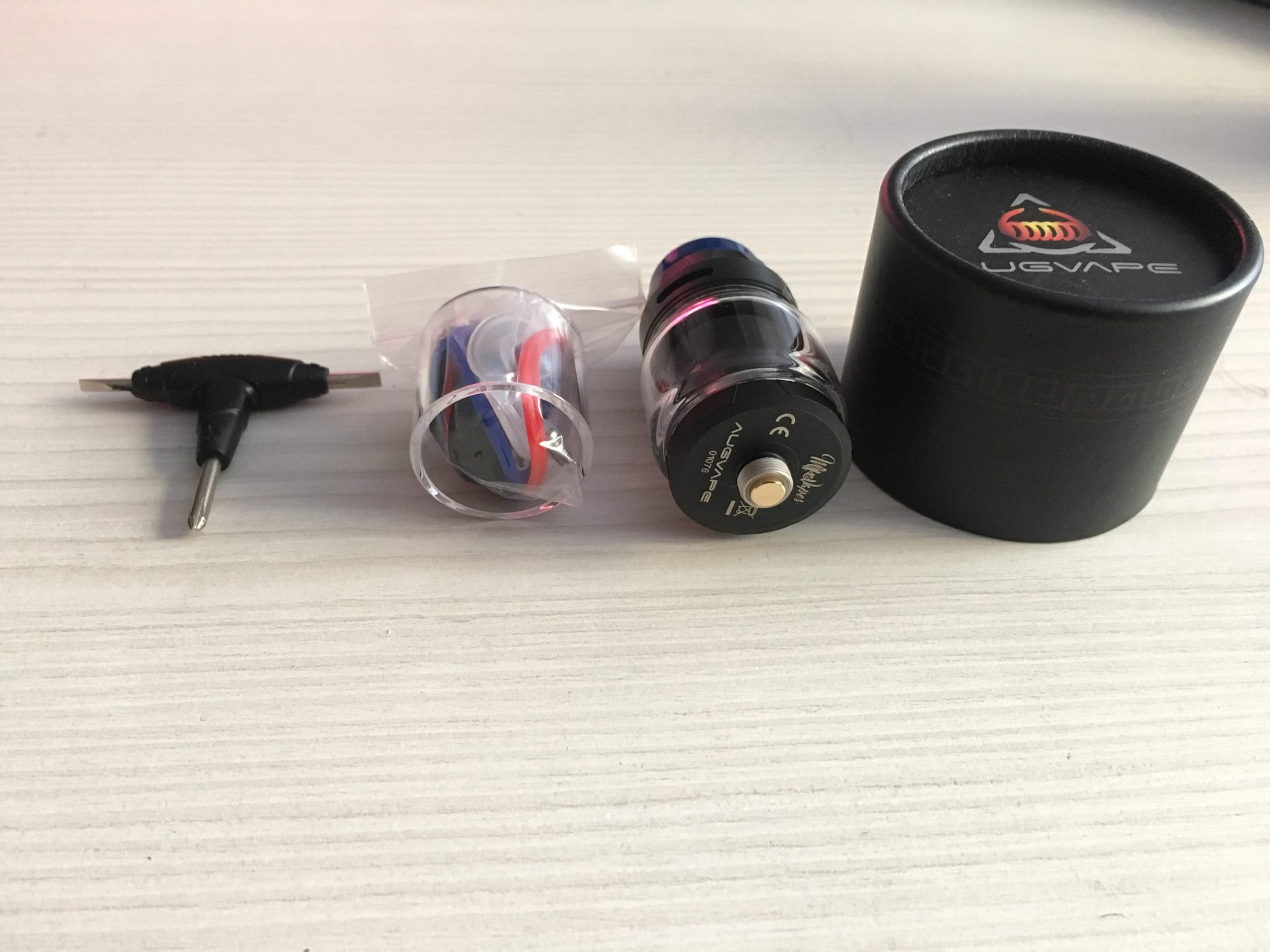 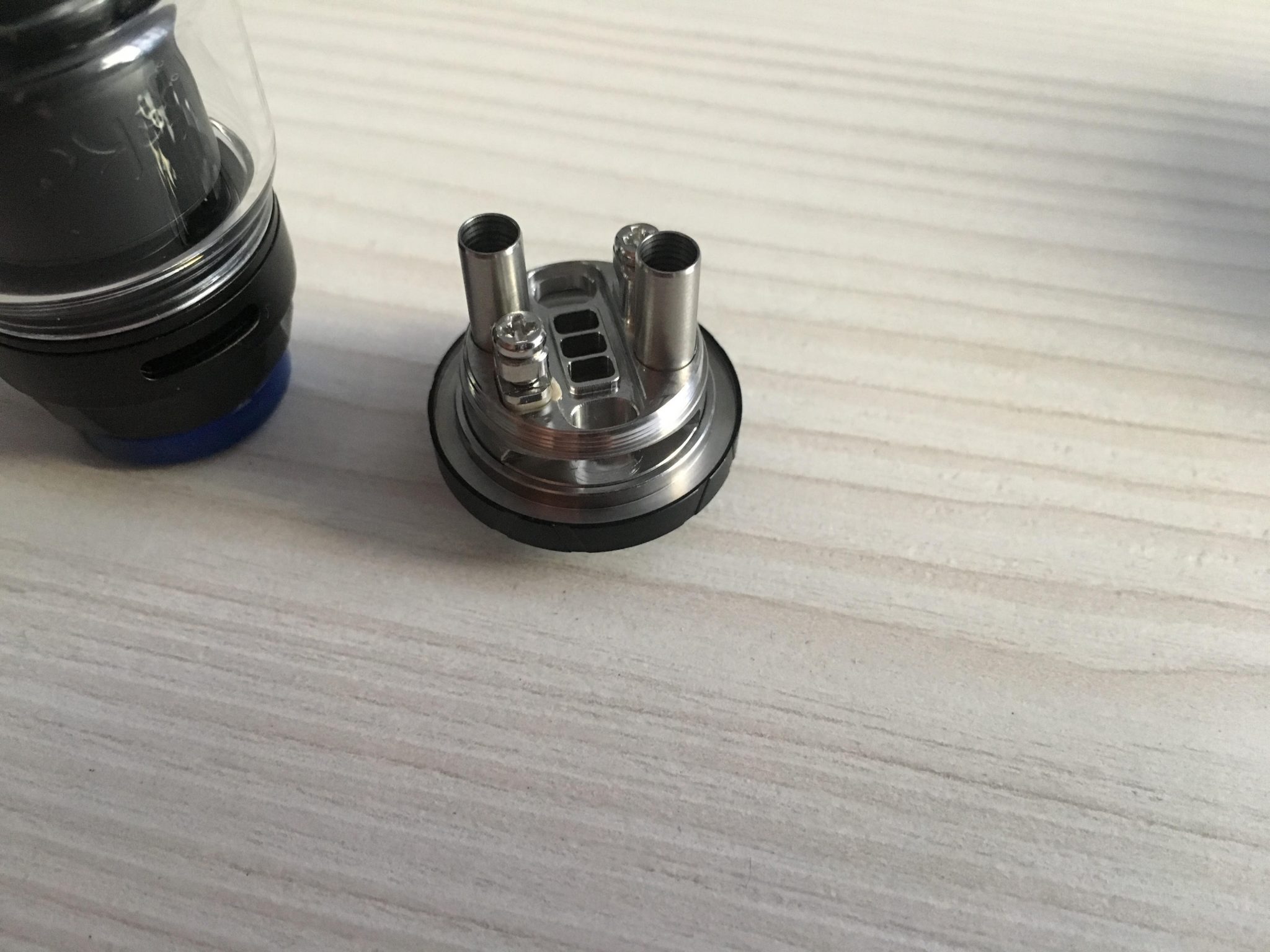 The best thing about this tank is its airflow. It`s mechanical working involves the intake of air from the top which goes down before hitting the coil on its way back. Most tanks come with a leakage problem. Even the good ones end up leaking at some point. Augvape Intake RTA does not have a leakage problem. It has a 2.5ml liquid capacity. The e-liquid capacity can be increased up to 4.2ml by using a bubble glass. The filling is extremely easy. The top comes off with ease and there are two bean-shaped spots to add the liquid in. It may be tiny but coil replacement is not cumbersome.

Augvape has been giving some serious competition to other companies in terms of its design. But this intake RTA is not that good looking. The top does not match the rest of the tank. Other than this there is an exposed golden deck. May not be good in appearance but it surely is excellent in terms of its features. It is made up of quality materials.

The Augvape Intake RTA is a 24mm with a convoluted design of airflow. 3 mm – 3.5mm diameter coils can be used in this. The focus has shifted to airflow. Companies try out new methods to make the airflow better however some succeed in achieving it. The goal is to make the inhaling process smooth with adequate flavor. All you have to do is align the tubes with the holes under the chamber cap and you are good to go. Its Leak-proof is just cherry on the top. Tanks with single coils work best in terms of flavor so that’s another advantage of it. One defect is the struggle in airflow. On the whole, the Augvape Intake RTA is a pretty decent tank. If you like abundant airflow this tank is not for you as there is a slight resistance in it.